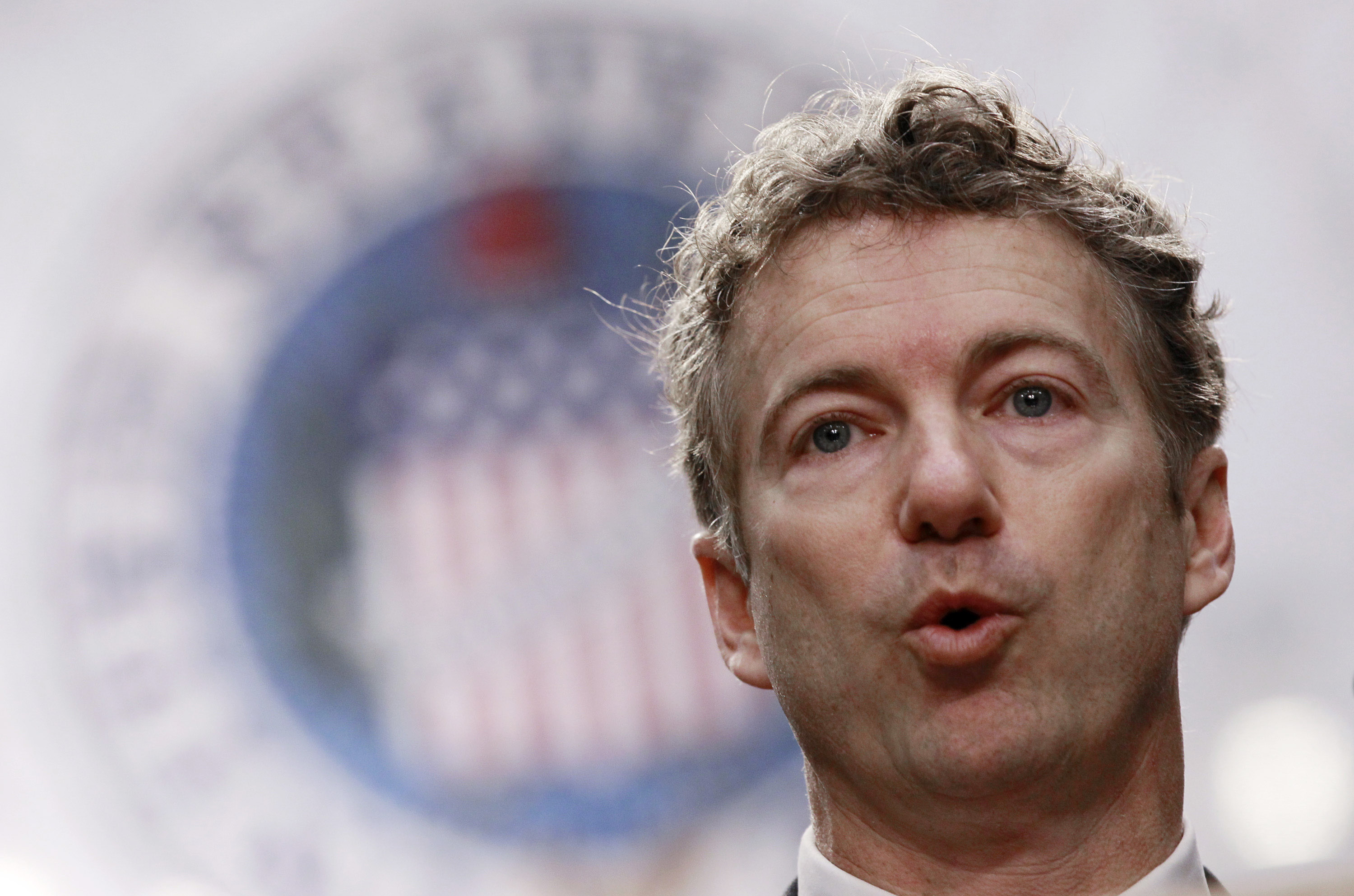 The first bill which would establish a passengers a bill of rights would turn over the government program to private screens and allow all airports, with the Department of Homeland Security's approval, to certain companies to do the work.

The additional second bill would allow passengers to bypass the TSA pat-downs and give them the option to be "re-screened".  This would allow passengers to call their lawyer when detained, let them object to any mistreatment or shady business, require all airports to distribute the new bill or rights, increase the role of explosive detecting dogs, and allow anyone under the age of 12 to bypass pat-downs.


In a statement, the Republican Kentucky Senator Rand Paul said, "While aviation security is undoubtedly important, we must be diligent in protecting the rights of all Americans, such as their freedom from being subjected to humiliating and intrusive searches by TSA agents, especially when there is no obvious cause."  He also added, "It is important that the rules and boundaries of our airport screening process be transparent and easily available to travelers so that proper restraints are in place on screeners. Travelers should be empowered with the knowledge necessary to protect themselves from a violation of their rights and dignity."

The House Transportation Committee Chairman Representative John Mica, a Republican from Florida has also been on the forefront with Rand Paul as a major critic of the TSA.  Rep. Mica has felt privatization of the TSA's role would be a step in the right direction.  In a statement on Friday, June 15th, 2012, Mica added to the TSA conversation with, "Transitioning to private security operations under federal standards and supervision will get TSA out of the HR business and back into the security business” He also added, “Earlier this week, TSA granted the first application under the new reforms to allow an airport to convert to the private-federal screening model. We will bring on board the other 400-plus U.S. airports that still operate under the Soviet-style all-federal screening model."

This past year, Paul has been detained by the TSA after he declined a pat-down after he set off an imaging machine.  He kindly asked the TSA to be re-screened, but he was eventually rebuffed by new screeners in Nashville, TN.

Many Americans, political organizations, and party members on both parties have supported Paul's recent actions fighting the TSA since he took office in 2011, after winning in 2010.  Campaign for Liberty has also supported Rand Paul's after he teased the bill to them in a gathering earlier this year.

In a recent Federal Aviation Administration bill, airports can now contract private screens, easier than before, but at this time only 16 airports, including the most recent Orlando Sanford International Airport in Florida, participate in the privatizing of the TSA.  Seven TSA workers at an different Florida airport were reportedly not properly conducting screening procedure as well as a work related bribery scandal.  The airport has announced plans to fire them all.

Why Rand Was Right to Endorse Romney - Jack Hunter

Senator Rand Paul's endorsement of the presumed 2012 Republican presidential nominee was done precisely to advance his father's movement.  Watch Jack Hunters opinion on the matter for why he thinks it was a good move for Rand to endorse Romney.  Jack distinctly explains that these are his opinions alone and not the ones of the Ron or Rand Paul campaigns, the liberty movement, Campaign for Liberty (C4L), or any others.

Many still speculate that Rand is also holding out for a Vice Presidential nomination for the 2012 general election in the GOP.  Austin Peters is mentioned in the blog an worker on Freedom Watch with Judge Andrew Napolitano show on Fox News as supporting Rand's decision to further his father's movement within the party.
No comments: 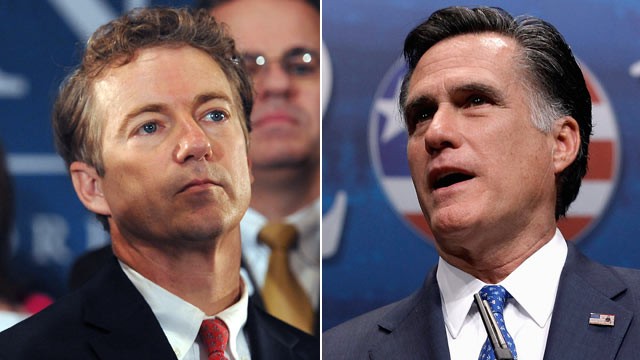 Rand Paul endorses Mitt Romney on Sean Hannity on June 7th, 2012.  After Senator Paul supported his father Ron Paul throughout his father's 2012 campaign, he has now shifted his support to Mitt Romney.  Dr. Ron Paul has officially dropped out of the race and ended his campaign as Governor Romney has now clinched enough delegates after this last Tuesday's election in many states gave Romney enough delegates to clench the Republican Party nomination.

Paul family and many Libertarian supporters were outraged on the internet and YouTube at Senator Rand Pauls comments. Comments such as "What a disgrace you are Rand !" and "This is disgraceful. If my father ran for president, I would stand by him until after the election, even he had no chance. We will prove all delegates are unbound (August is a ways away) and Rand can﻿ be kicking himself when Ron gives his acceptance speech and Rand gets nothing. RP'12" have received top thumbs up status so far.


Some have speculated that Romney has already talked to the Paul family and have promised positions to either Ron Paul or his son Rand.  Many are now questioning if Ron Paul supporters will eventually support Romney in the 2012 general election.  Let us know what you think in our poll.
No comments:

Newt Gingrich sure does say "The Fact Is" a lot.  This is a funny edit of all his recent sayings of "The Fact Is".  Newt Gingrich is running as on of the GOP candidates in the 2012 Republican Primary race of recent videos.
No comments:

Easier than Ever... Volunteer for Ron Paul Phone From Home

Volunteering for Ron Paul has gotten easier than ever with the phone from home program.  This could be the secret weapon that wins the election in 2012.  Now supporters can make calls from home ever day, even a few calls makes a difference.  Dr Paul thanks everyone in his latest online commercial released today.  Congressman Paul, 2012 Presidential hopeful, is thanking his supporters for making calls for the phone from home program.  Hundreds of thousands of people have been contacted so far and many more need to be contacted to win this campaign.  Check out the latest information for the program in this video.  Thank you to everyone who has donated or volunteered their valuable time for this cause.
No comments:

Rand speaks about his fathers principled leadership and how he has stood up to the establishment as the original Tea Party Candidate.  Dr. Paul commercial.
No comments:

11-29-11 Rand Paul @ Freedom Watch.  Moneybomb on December 16h. Pledge $100 today.
11-29-11 Rand Paul is interviewed by Judge Napolitano about the provision in the National Defense Authorization bill that allows the president to send the military into our country and arrest citizens without a warrant and hold them indefinitely.
No comments:

How do you feel about Rand Pauls support of Governer Romney in the 2012 Election?